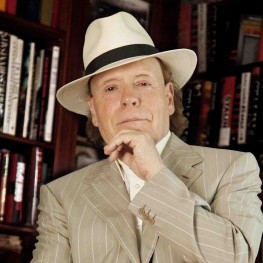 Edvard Radzinsky (1936) is a renowned Russian playwright, screenwriter and biographer. Estonian readers are well acquainted with several of his biographies on people who stood at the centre of political upheavals of Russia and the Soviet Union: Stalin (Varrak, 2000); Nicholas II: the Last Tsar  (Varrak, 2001); Rasputin (Varrak, 2002); Napoleon: Life After Death (Varrak, 2003) and Alexander II: Russia Between Hope and Terror (Varrak, 2005, all translated by Margus Leemets). Radzinsky’s biographies stand out with their emotional and poetic style and the courage to deal with history as a treasure trove of engaging and shocking stories, which allows him to present exciting hypotheses that feed the imagination and add to the facts as well as illustrate reality. History has a tendency to turn into a dramatic narrative under Radzinsky’s hand. History can almost be read like a fictional thriller that can be followed and interpreted at the same time. However, reading Radzinsky, you can also note that real life is always more outrageous than fiction. You can meet Edvard Radzinsky on two occasions: at the Estonian Writers’ Union on Thursday, 28 May at 6 pm, when he will be talking to historian David Vseviov, and at the Russian Theatre on Friday, 29 May at 8 pm, when he will be joined by writer Jelena Skulskaja.