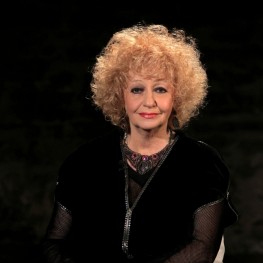 Jelena Skulskaja (1950) is one of the most important representatives of Russian literary culture in Estonia, equally known as a journalist, writer and translator. As a journalist, she is mostly known as the columnist for the newspapers KesKus and Postimees, as a translator, she has translated into Russian a great share of Estonian poetry, from Juhan Viiding to Kalju Kruusa; however, Skulskaja has also made sure that Estonian readers honour the memory and significance of Sergei Dovlatov. When looking at the weight of her contribution in fiction, it should be enough to mention that her most recent novel Marble Swan, which was published in the St Petersburg magazine Novaya Gazeta last year, was even nominated for the Russian Booker Prize. The novel has been published in Estonian by now (translated by Ingrid Velbaum-Staub) and this is a perfect reason to ask the author about her work and views. The conversation of Jelena Skulskaja and Igor Kotjuh will take place on Friday, 29 May at 7 at the Russian Theatre, and actor Indrek Sammul will read excerpts from Marble Swan. It should be noted that the conversation will be in Estonian.