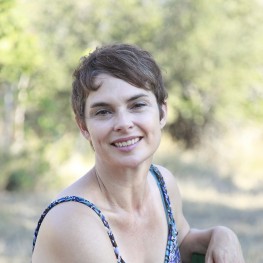 Karen Connelly (1969) is a Canadian prose writer and poet, one of the most celebrated authors of Canada’s younger generation. Connelly started out as a poet in early 1990s but her breakthrough came with her biographical travel book Touch The Dragon: A Thai Journal, which depicts life in a small Thai village and the influence a strange culture has on the author. Her debut novel The Lizard Cage (2005) also received extensive attention, dealing with a Burmese protest singer serving a twenty-year prison sentence, and through that, the resilience of the human spirit and the strength of hope in a world of injustice and violence. Connelly’s poems echo her restless and bold spirit that has urged her to live on different continents and study various cultures and languages. Her longest stay has been in Greece. Her 2013 collection of poems, Come Cold River, an evocative description of her family, meaningful landscapes and homeland and its shadows, will be published in Estonian in the PEN series (Kite, 2015, translated by Kätlin Kaldmaa). Karen Connelly will perform on Friday, 29 May at 8 pm in Kloostri Ait, and she will be joined by her translator and writer Kätlin Kaldmaa.