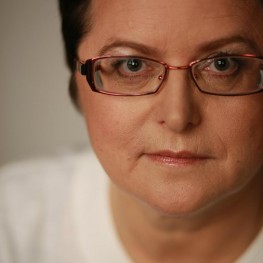 Māra Zālīte (1952) is a Latvian poet, playwright and one of the most important figures on the Latvian literary scene. From 1989 to 2000 she was the editor-in-chief of the literary magazine Karogs and a publishing house of the same name, and later worked as the president of the Latvian Authors’ Association. Zālīte began her literary activities in the 1970s when her poetry dealt with the existential problems and estrangement of the young of that time. Later, the social nerve retreated from her poetry and it became more philosophical. In addition to poetry, Zālīte began writing plays, connecting current and timeless issues, taking her subject matter from history as well as her contemporary time. Her dramatic grasp is wide, her best known work is the 1988 rock opera Lāčplēsis, in which Zālīte characteristically combines mythological and historical motifs and connected them to the current political situation. You can meet Māra Zālīte at the Estonian Writers’ Union on Friday, 29 May at 4 pm, where she will be joined by critic and translator Igor Kotjuh.