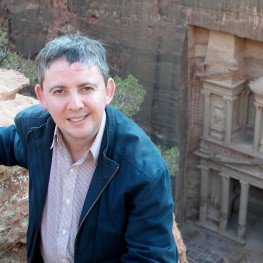 Philip Parker (1965) is a British historian, who specializes in ancient and medieval political and military systems. At HeadRead, Parker will talk about his book The Northmen’s Fury: A History of the Viking World (2014), which deals with the travels of Vikings, from the first cases of the 8th century to the powerful armies that left Scandinavia to conquer large areas in France, England and Ireland, and voyages that reached Greenland and the American continent four centuries before Columbus. Parker also studies the Viking travels to the east, to Russian and Byzantine areas. Thanks to a passionate interest in his subject, Parker’s gaze goes far beyond visions of bloodthirsty soldiers to their artistic achievements and political resilience. Parker has also written about Ancient Rome; his work The Empire Stops Here (2010) looks at the restless life on the border regions on this world state. You can meet Philip Parker at the Estonian Writers’ Union on Saturday, 30 May at 6 pm, when he will be joined by publisher and translator Tauno Vahter.