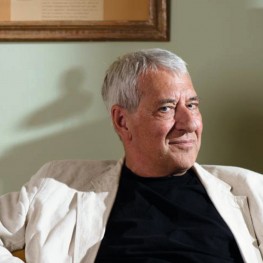 Ulf Nilsson (1948) is a Swedish writer, who has written more than a hundred books for children and young adults. Since 1992, Nilsson has studied the Bible as the mental source text of Western culture and he uses stories and plotlines familiar from the Bible in many of his books, often placing them in a novel context. Yet his stories often talk about the triumph of good over evil, the boldness to face a suddenly changed reality and one’s own fears and worries and to overcome them. Nilsson has been characterized as true spokesperson for children. Nilsson is the only children’s and young adult author who has won Sweden’s most important literary prize Augustpriset on two occasions. In recent years, Nilsson’s work has also been published in Estonian. You can meet Ulf Nilsson at the Estonian Children’s Literature Centre on Friday, 29 May at 12 pm.