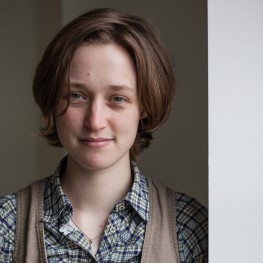 Claire North and Kate Griffin are the pseudonyms of a fascinating author named Catherine Webb (1986). Webb began her journey as a writer very early; she wrote her debut, the novel Mirror Dreams (2002) at 14 during school holidays. Her most famous character, the science enthusiast Horatio Lyle of Victorian London is slightly reminiscent of Sherlock Holmes, but Lyle’s adventures also stand out with their historically accurate settings and detailed descriptions of London.

Under the name Claire North, Webb has published her perhaps best-known novel The First Fifteen Lives of Harry August. It tells a witty, exciting and surprising story about a man named Harry August, who keeps being reborn on his deathbed and returning to his childhood. The chain of rebirths allows North to use the engaging plot to contemplate on the past and the future and the repetition of everything. Despite the fantastic, almost apocalyptic atmosphere it is a novel about the history of the 20th century, where at the birth of the protagonist women don’t even have the right to vote, but when Harry begins dying repeatedly in 1996, the position of women in society – and a lot more – has profoundly changed.