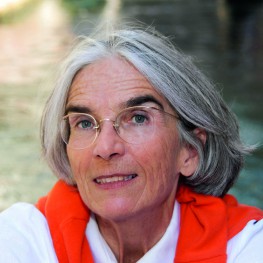 Donna Leon (1942) is an American crime writer who has lived in Venice for more than a quarter of a century. Leon’s fiction is also connected to Venice – she created the detective Guido Brunetti who lives and works in the city. Leon began writing the Brunetti stories in 1992, when she published Death at La Fenice. The events start unfolding at the La Fenice opera house with the discovery of the body of a famous German conductor, who has been poisoned with cyanide. By now, the intelligent and likeable Brunetti has been solving mysteries in 25 books, and also in a German television series with roughly as many episodes. Leon’s novels feature not just exciting plots, but also the slowly sinking city, the canals with their hidden secrets, the beauty of Venice with its churches and palaces, but also the slaughterhouses of industrial areas and the lowlands and hills surrounding Venice.

Donna Leon talks about corruption and death in Venice: interview (07.05.2009)