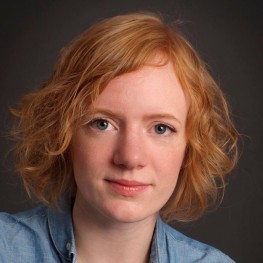 Erika Fatland (1983) is a Norwegian writer and anthropologist. Despite her youth, Fatland has led a fascinating life involving lots of travel. Before completing her MA thesis in 2008, Fatland lived in the Caucasus, in Beslan. Her experiences there inspired her to write the book Enlebyen (Village of Angels, 2011). She has studied at the universities of Oslo, Copenhagen, Helsinki and Lyon and speaks six languages. She has worked as a freelance journalist and written on various subjects like the situation in Transnistria and the Berlin Film Festival. Her fiction debut, the children’s book Foreldrekrigen (The War of Parents) was published in 2009. In 2014, Fatland published the emotional and sophisticated documentary book Sovjetistan. En reise gjennom Turkmenistan, Kasakhstan, Tadsjikistan, Kirgisistan og Usbekistan (Sovietistan. A Journey Through Turkmenistan, Kazakhstan, Tajikistan, Kyrgyzstan and Uzbekistan). Fatland takes the reader to places where most of them will never go; to a world where ancient traditions and modern vices, majestic landscapes and interesting people exist side by side.