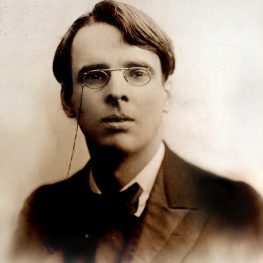 W. B. Yeats (1865-1939) is one of the most important poets of the 20th century, one of the few who was awarded the Nobel Prize for Literature (1923) before he had published his seminal works. His symbolist poetry was inspired by Irish mythology and folklore, and in his later years he found more personal subjects, which is why his reach extends from Pre-Raphaelite esoterics to social irony. At this year’s festival, we can listen to Yeats’ poetry performed live by his compatriot. Frank Boyle is a Finland-based Irish actor and stand up comedian, who performs in Finnish theatres, television series and advertisements. Highlights include his role in Krapp’s Last Tape by Samuel Beckett and dramatisations he has been performing for more than twenty years based on James Joyce’s novel Ulysses. The actor’s Yeats programme is bound to be a real treat for all poetry enthusiasts. The spirit of Boyle and Yeats will take the stage on Saturday, 28 May at 6 pm in Must Puudel.