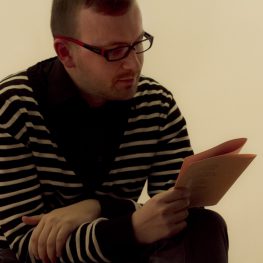 Kārlis Vērdiņš (1979) is a Latvian poet, critic and literary theoretician and well known to Estonian audiences. His prose poetry, translated into Estonian by the poet Contra, is characterised by sober wit, psychological precision and social observation. Although Vērdiņš has only published four collections of poetry, he is one of the best known poets in his native country, and he has also written lyrics and librettos. Vērdiņš’s grasp is illustrated by his work as the editor of the Latvian Encyclopaedia, and as a translator – he has translated the poems of T. S. Eliot, Joseph Brodsky, Walt Whitman, Georg Trakl, Lev Rubinstein and many others into Latvian. His own poetry has been published in Russian, Polish, Czech and English – Arc Publications (UK) published a selection of his poems in 2015. A year earlier, his poem ‘Come to Me’ was voted among fifty best contemporary love poems by the Southbank Centre in London. As a literary scholar, Vērdiņš has studied the history of Latvian prose poetry; in 2010 he published the monograph The Social and Political Dimensions of Latvian Prose Poetry.