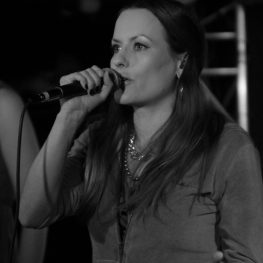 One of the traditions of HeadRead, the poetry and music evening Crazed Tallinn orchestrated by Jaan Malin is a little different this year. Even the title is different, as the programme will include a performance by the Finnish female rap trio Pyhä Rauha, featuring sound poets Pyhä Lehmä, Rauhatäti and Heidi Kiviharju. MC Pyhä Lehmä is a hip hop artist who mixes sarcastic social criticism with the message of love. Rauhatäti (in real life Hana Yli-Tepsa, born 1977 or 1978) raps in the Lapp language and her debut album Labyrintti was released in 2014. The two have collaborated before; last year, they released a video and single entitled Tytöt ei osaa räppiä, piste! (Girls can’t rap, period!). Heiti Kiviharju is a music teacher and freelance musician who considers herself a singing storyteller above all. The explosive trio is complemented by the local mic master Jaan Malin.