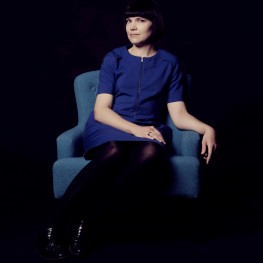 Mats Strandberg (1976) is a Swedish writer and journalist, a columnist with the Aftonbladet newspaper. Sara Bergmark Elfgren (1980) is a Swedish science fiction writer. In 2011, they published the young adult novel Cirkeln together, about six girls in a small town in Sweden, who discover that they are ‘the chosen ones’, witches who must save the world from great evil. Strandberg and Elfgren skilfully combine fantasy, science fiction horror and psychological realism in their work. The novel also deals with the problems of young people – school bullying, anorexia, social stereotyping, alcoholism. The second novel in the so-called Engelsfors trilogy called Eld takes place ten weeks after the events of the first book and raises the issues of global warming and ideological extremism, among others. Last year, the third part of the trilogy was published in Estonia. Seeing the state of young adult literature in Estonia, one can only be glad at the opportunity to meet the authors of the fantasy trilogy aimed at the young on more than one occasion: first, at the Estonian Children’s Literature Centre on Thursday, 28 May at 5 pm and then at the Estonian Writers’ Union on Friday, 29 May at 3 pm in a discussion on young adult literature with Jean-Claude Mourlevat.